Except for a year in China, and 5 years experiencing the "Green Acres" thing with my X near Bellville, Tx., I have lived and worked in Houston all of my adult life.  After college I worked for 2 years as a printmaking apprentice and studio assistant for Dan Allison. It was a great experience for me. Not only did Dan take me under his wing and teach me his printmaking techniques, he introduced me to the "business" of making art.

Next was a 10 year stint working as  Technical Director at DiverseWorks. I was privileged to work along side of some fantastic artists and performers, including Blue Man Group. Also at that time I freelanced in other venues around town designing lights for plays and modern dance companies.

I left Houston for China in '98, and taught English at the Anshan Institute of Iron and Steel Technology.  Married in '99 when I returned. We moved to a small town called Kenny Texas, where my X owned and operated a horse ranch. After a quick crash course in all things horses, and operating farm equipment like tractors, shredders and front-end loaders, I became our ranch manager.  I learned a lot while there, like how to pull a tractor out of a ravine, or a still born foal from her mother with a chain. It was hard, fulfilling work and another amazing adventure. But as fun as it was, we were pretty isolated.  So when our son was born we realized he would need other kids to play with.  I guess the kicker was when he was about 16 months old one of the dogs killed a coral snake in our yard, right where he had just been playing.

We sold the ranch and moved to the Houston Heights in '06.  I was a stay-at-home dad, artist and preparator for hire.  I started working with WorkShop Houston , serving as Board President for 4 years and Chairing their Capital Campaign.

I founded APC in 2015 and became known for my expertise not only for installation of Art but my eye for placing it as well.

Shortly thereafter I found TV and Film Production. While APC is still ongoing I only work with a select group of clients. Most of my work now is in the Production Industry.

I've worked on over 200 productions in the last 7 years, mostly as Propmaster, Lead Man or Set Decorator.  Recently I have been taking on more jobs as Art Director.

Say hello to the new you!

“I’ve known Sam Jones for 16 years and he is one of the most thoughtful and inventive arts professionals I have ever met. He is a pleasure to work with.”

"Sam Jones is my go-to guy for everything. His craftsmanship and attention to detail is unparalleled and his ability to tackle seemingly impossible logistical challenges puts him at the top of his field. Over the 18 years I’ve known him, I’ve never encountered anyone I’d trust more to handle absolutely any art-related project that I’m involved with. He’s simply the best. " 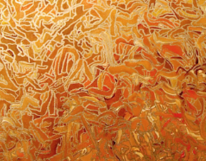 "Recently, Sam was installing an exhibition for us at Art League Houston, when it was discovered that there was a large leak in our front gallery.  After I tried unsuccessfully to get two roofers to come out and fix it, Sam went up on the roof, diagnosed the problem and repaired the leak…in the rain. Sam's skill, experience, and deep commitment to quality make him the best at what he does."

Photo courtesy of James Nielsen and The Houston Chronicle.

"Sam’s innovative and creative talent was central in accomplishing our goal within the
time frame and the budget constraints. We look forward to taking the idea to other
communities and other cities."

​​​Art PROvision Company :  (APC) is a full service Art and Design Support Company, providing inventive solutions to meet the artistic needs of creative professionals and businesses.  With over 20 years of dedication to the care of art, experience with challenging installations, and the creativity and technical skills to design and build solutions for any project, APC is your one-stop, go-to company for high quality work and exceptional customer care at an affordable price.​ 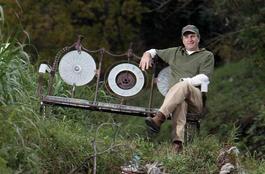 "I am pleased to recommend Art PROvision Company for your gallery and art needs. I have worked with Sam Jones for a good number of years and his services have been expedient, resourceful, and he has always delivered the results we expected with integrity.

The City Of Houston

-​For making a positive influence on Houston's environment

"Sam Jones is an innovative artist who used his wide-ranging vision and genius to help bring together a community around environmental issues, while showcasing the area's natural beauty. We are so fortunate to have had him contribute to the development of this community."

​"As an artist and arts administrator I have encountered countless logistical scenarios that seem impossible at first, then I call Sam Jones.  I know I can rely on him to tackle whatever problem I throw at him, and do it with great care and consideration."